This Sunday, it's Blasphemy Day!

Today is the day you exercise your free speech! So Feck off!

Anywho, with all the crap going on in the Middle East over a lame ass movie ment to piss them off (and they totally fell for that, I'm sure the insults were subtle and well hidden too;P) I really haven't felt like bloggin' about it. Killing people over a movie or a few cartoons or a few remarks? Disgusting, this is what religion offers, so to quote Sam Jackson, "Wake the FUCK up!" If you can't see what's going on and extract that this is what the uber religious offer then you need to go back to school. You now, that thing that the uber religious are afraid of because you might actually learn things that makes sense and that will get you to question all the utter crap you've been told.

It also looks like Muhammad wasn't real. There is no record of him outside the Koran. And here's another interesting thing, Islam started 1,200 years ago, 300 years before Muhammad was said to have been born. So all they have is a book to back them up as well... That sounds familiar... oh that's right, just like Jesus!

Now back to reality, they found an 'ancient' stream bed on Mars! I used the bunny ears cause I have stream beds like that from THIS years rain on my property. Cool!

Edit: Since the idea of 'Moderate Muslims' has come up in the comments I offer you this (it was all I could find in a quick search: 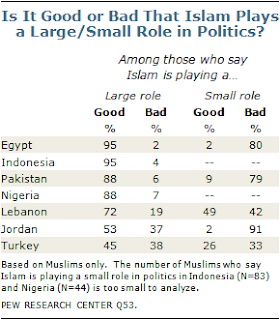 Only Turkey and Jordan would be considered moderate as a country. After seeing how bad Egypt came out I have little hope for some of the other more oppressive counties.
Posted by Brett at 9/30/2012 10:55:00 AM 12 comments: 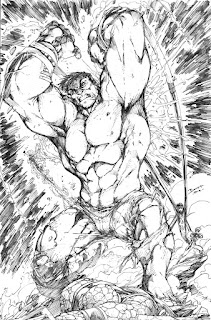 Poor Thing.. he'll never be as badass as the Hulk. 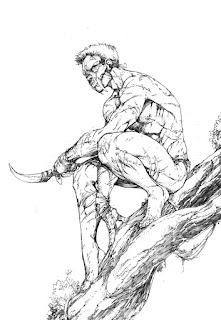 A quick Kevin of the Apemen! 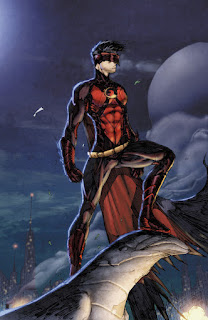 And then my Red Robin redesign in color! Andrew and me messing around.

This is good news as I'm worried my TV speakers are starting to go:/ 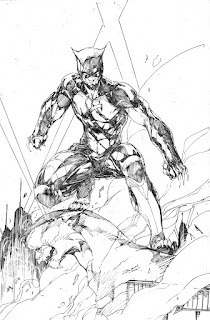 Sorry I keep forgetting to post these here. Anyways a redesigned Catman, just for fun. I didn't like the Huntress I was working on first. And when I can post the other actual redesign I did for another DC character this week I will!

Also just finishing up TT 15 today. I should be starting my final issue next week!

Happy Sketch Saturday! It's a bit FISHY this week! 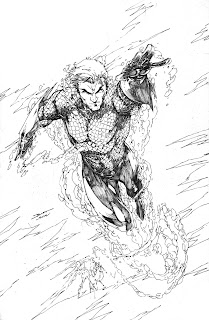 TheA-man. Those scales are a pain in the butt! 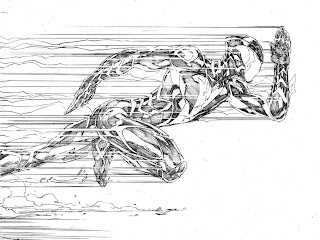 And this is an old character of mine. I've never drawn him before this and I'm not sure I'm happy with it. I must ponder it more.

9 Warning Signs of an Amateur Artist

I've been getting lots of people looking for art advice on twitter lately. They send me pictures and ask questions (always a good thing!) But I have noticed that some of those pictures are unfinished, like they started it then stopped, like they got bored or were having too many problems with the legs or the hands (trust me, I know how this goes!) And even recently I was asked about colleges with comics classes.

In January I will have been working in the comics biz for 20 years. I graduated from college (they discouraged comic work, or at least some of the teachers did. I did it anyways) in 92 with a 2 year degree (degrees are pretty mush useless in comics, but I figured is I flamed out I could always go back for something else.) I REALLY have little to no knowledge of what's out there school wise now, so I'm pretty useless there. BUT you do pick up things, and even now I'm still learning, which brings me to the point of this post.

Today on the twitter, I came across this; 9 Warning Signs of an Amateur Artist. This is fantastic! If you want to be a professional comic artist, writer, inker, colorist then THIS is your Bill of Rights, you're 10 Commandments. I will admit I do fall into the last one a bit, but I am trying to reach out (I have to say, twitter is great for that!)

Go read! Learn! Enjoy! And then DO! 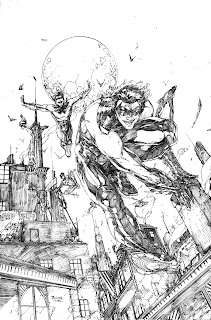 First off, NOT for sale. I did this for Andrew Dalhouse, he's doing some prints for the New York Comic Con, so this will be inked and colored soon! Stop buy his table when you get there!

This weeks' Sketch Saturday is the Earth 2 Superman! 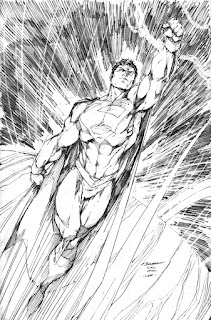 Now we have some character designs. This was my redesign for Stargirl, Geoff is partial to her old design so they didn't use it. 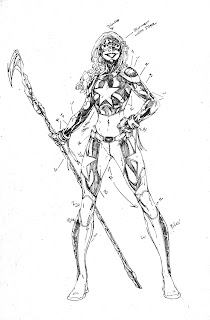 Here are a few characters done for the Superman Annual. 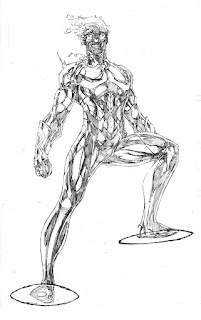 Both of their powers originated from Helspont thus the influence in their appearance.

And finally my Earth 2 Catwoman design. DC decided they wanted to go a different way with her mask so that was changed. I like both, but the other one doesn't look cat enough for me. I do like her hair:) 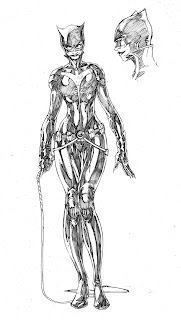