It's finally arrived. I haven't gone through it all yet, but I got most from the front and then some from the back. If you're interested email me at brett booth at g mail dot com.  I'll try to get a list done at some point. And just so everyone knows page 9 (the Rex page) has already been sold.

A bit late for Sunday...

Sorry I had nothing for Sunday, but I got this today so it's close enough;)

Sent to me and Jess (or is that Jess and I?) from Retrieverman.

It's pretty much one of my biggest problems with Christianity, original sin. The video does explain why they needed, or thought they needed Jesus him being a 'perfect' being. But that thing at the end... a life for a life? NO life was taken, it was a fruit! So according to Christian morals... if someone steals a fruit, the punishment for that is killing someone else! Makes perfect sense! Yes, I know about this supposed taint that Adam passed down to everything else (seriously?!) but to demand a life for a fruit... WOW. That's some of that fancy religious logic I've head talk of. I still can't understand why people still believe this stuff... 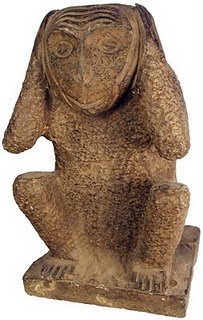 What a wonderful world, or at least inter-webs!

Over on this blog Frontiers of Zoology the author has posted this image.

It's Aztec (I'm not 100% sure about that, but it's from that area and region) and looks to show a monkey (or ape, I can't see the rear but since there are no known apes in the Americas I'll go with monkey) covering his ears. That's not why I posted a comment there. I commented because the author has decided that this is an OLD WORLD monkey from Japan, and not a native NEW WORLD monkey. He's using this statue to claim that China and the peoples of S. America were exchanging animals and culture. Now this is ENTIRELY possible…. well sort of possible, there is other evidence that sort of supports this but it's nowhere near 100% fact. Now on to the sculpture!

As you can see it's stylized, it appears to be bald, the head doesn't have the same texture as the body, the face looks like it MIGHT also have some sort of hair, but that might just be weathering. It also appears to be smiling. It also appears to have a ruff of hair along the sides of it's face. It's hard to actually tell one way or the other. Also of note, the feet are wrong for any monkey or ape save man... or bigfoot;)

So what kind of monkey is it? Well the author would have us believe it's from Japan, you know those macaques that use the hot springs to stay worm in the winter. But Retrieverman, one of the commenters (who I agree with) said it appears to actually be a Bald SOUTH AMERICAN Uakarki . That's what got this whole thing started, the author decided that is was a macaque and that any other opinions on it are simply wrong because he believes he knows more about monkeys then the commenters. This is quite possibly true in this case I know some monkeys on sight but not all of them, BUT I do know how to tell the difference between animals.

So what is the linchpin of the authors argument? The nose. On a very stylized image the nose is narrow. Narrower than the bald uakari monkey's usually are. BUT the uakari monkey is from Brazil and not native to Mexico so it's entirely possible the STYLIZED image isn't 100% accurate to begin with (hell, I could argue the head is far to large for ANY monkey or ape and it's all made up!) and so to assume it's an old world monkey based on the nose alone alone is jumping the gun to say the least.

Normally I'd have left my comment and that would be it. But the author chimed back in and told me and Retrieverman that we didn't know anything about monkeys. I then went back and told him it was to stylized to make those assumptions. Some good back and forth always livens up the debate, I'm used to 'debating' people who have preconceived ideas so repeating things sometimes helps;)

That brings me to this morning. Retrieverman sent me an email about it so I checked back. It looks like my second comment was deleted. WHY? Because I repeated some of the stuff from my first comments and the author had this to say…

"I am calling a halt to repeated reiterations of the same point of view being posted by persons who refuse to recognise a basic Zoological principle: in this case, the shape of the nose. You simply cannot make a Cattarhinne into a Platyrhinne by rhetoric, and no amount of arguing will change the point. Next time, Brett, I would advise you against making a power play out of one of these discussions when your remarks betray an underlying ignorance of the subject. NO, you cannot have it your way just because you WANT to have it that way."

I might be ignorant of some monkey species, I don't specialize in that type of thing. BUT I do know HOW science works and the BASIC principle of Occam's razor can easily be used to negate your entire idea. I'm not interested in a power play, I'm interested in facts. What the author has provided are not facts, it's an idea, and not a very good one. His whole idea hangs of a stylized nose done by someone who most likely is simply sculpting something he's seen on another sculpture. I do art for a living, I also study animals for drawing, and for fun. I can tell you for a FACT that most artists simply don't draw animals well. Look at ANY old drawings, they are usually REALLY badly done because the artists simply aren't that good OR they don't have access to the animal. The sculpture in question isn't a good representation of ANY monkey OR ape and to make a grandiose proclamation that it is and call that science is an insult to the people who actually are scientists and study animals.

Go ahead make your claims against reason and logic and call it science, it will not make what you say true no matter how much you try to silence the descension, that ISN'T science either. It won't make the scientific community take cryptozoology seriously. What you are actually practicing good sir, is religion. So you can silence me on your blog, but I have my own blogs and a will to use them. Have at thee!

Email ThisBlogThis!Share to TwitterShare to FacebookShare to Pinterest
Labels: Crap from Brett, geekdom, Idiots, News, Pure Awesomeness, Religion, Science, Stuff that bugs the shit out of me, War on Science 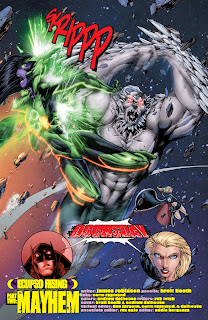 This Sunday, humans are special because they're alturistic... right?

So according to the religious, we humans are special and our ability to care for others is what makes us special and unlike those filthy disgusting animals, right?!? Well not so fast. It turns out we humans can trace our altruism to the animals and even some that aren't particularly close, like Elephants and Chimps.

I honestly don't know why being descendent from animals is so bad. I mean there is a ton of evidence to support this, Creationists might not like it and often ignore it, but it's there and you can't argue with the genes. Just because you believe your related to George Washington because your gran told you so doesn't mean it's so. To them, being specially created dirt or mud seems like e better plan. You know, if I was making something special I would maybe start out with something that didn't contain the shit from other animals... you know like gold or diamonds or maybe a flower... but the mud? Have you ever driven by actual wild mud? That is some foul wet dirt! I mean sure according to evolution we started out as muck as well, but that muck, through trial and error, evolved into all the life on the planet... To me that's way more special and awe inspiring than being blinked into existence by a magic Genie... and not even a hot one.

Email ThisBlogThis!Share to TwitterShare to FacebookShare to Pinterest
Labels: Crap from Brett, News, Science, Stuff that bugs the shit out of me, Stupid fun crap, Sunday Blasphemy 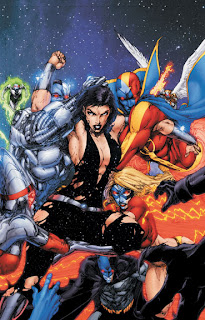 This Sunday, lets hear it for reason!


Found here. A little bit of inspiration for us non believers.
An interesting thing I found about morality.
And then this awesome Christian Science Test. I know it's not real but it is real funny!
I tried to watch Angels and Demons last night. I did sort of like the first one of these movies. But this I turned off after the first hour. I was rooting for the bad guys! I'm still not sure how I was supposed to think the Church were the good guys in this... I don't condone killing, but those asses in the Vatican sort of had it coming, and then they didn't evacuate the city!?! And then there was that whole we know the TRUTH thing... that's when I shut it off. I was annoyed that the Tom Hanks guy thought having religion was a virtue... but the Church was going to let all those people die. Oh the hypocrisy!
OK, back to work 2 pages left of 56.
Best!
Brett
Posted by Brett at 3/13/2011 11:11:00 AM 17 comments: 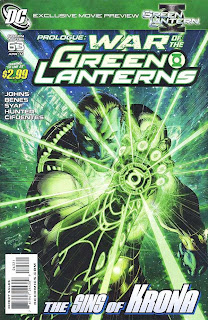