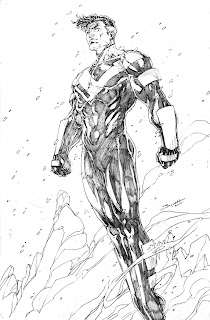 Superman Beyond, from the cartoon and comic! 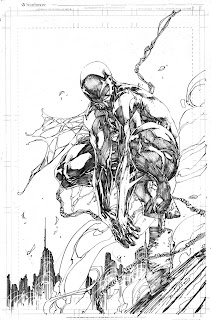 No new sketch this week, got an emergency cover to do! For Labor Day no less! 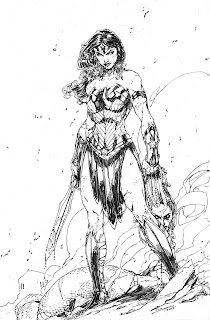 Last weeks Sketch Saturday! Not sure who I'll do for this week yet, I just started on Batman Superman about 20 minutes ago so I might be too wrapped up in that!

Did you watch that Megalodon Discovery channel special? Do you think Megalodon was real after watching it? You didn't? You don't appear to be alone. While all the articles seem to indicate that LOADS of people were, it appears this is based on an online poll done after the show… so it was incredibly scientific;) People ALWAYS take those seriously. (Meg's ARE real. I used to have a real tooth on my mantel, they're just no longer alive.) So where is all this outrage coming from, because I only seem to see it in articles and blogs… mostly science ones. Can it be that there really aren't lots of people who fell for it? Can it be that this is merely a few people who are outraged for people they believe fell for it? Is the science community actually manufacturing this? Maybe not intentionally, but they do seem to be the ones who are spearheading  this, they seem to the ones incredibly outraged for others who actually didn't fall for it or could care less. I'm sure a few people were fooled after all Mountain Monsters got picked up for a second season and that's all kinds of fake! But the majority of people I've talked too knew it was fake and one guy was left questioning wether it was real or not…

Yes, some of the science was off or based on older estimates, current thinking places them at around 52 feet (it's possible they were longer OR shorter, we only have teeth and a few vertabrae as sharks are mostly cartilage and don't fossilize well. It's possible they had GIANT heads!) But besides some of that, there was OTHER science that people seem to have missed. Underwater camera stuff, hunting of whales, Meg teeth whale tail bones, whale migration patterns and tagging and tracking animals, all real science. The 2 million year old whale was wrong, but that's kind of a tricky thing. They've known about the whale, but they didn't know who that whale was related to until they tested the DNA, it turns out the whale is not related to any other existing whale species, it's related to a line that was thought to have gone extinct 2 million years ago. I can see how that would get messed up, but it's not right in the show. Some of the other science is, well… speculative. And it would have to be since it's explaining why we haven't seen this animal in 1.5 million years. Its OK to do this in books, just not on TV I guess.

It is funny that the other scientists in the special don't agree with the main lead in this throughout the whole thing they disagree. I liked that a lot.

Meg lived in warm shallow seas! Or did it? Its true that all the fossils we're found have been from shallow seas, but was it strictly limited to those? Fossils underwater are hard to find and the majority of what we find is all from shallow seas because those shallow seas are now on the surface and easier to get to. By this logic, most known water animals lives in shallow inland seas, we know this isn't true with todays animals so it's doubtful it was true of the pasts. I have a hard time seeing a LARGE shark stuck in shallow seas while it pretty swims away into the deep ocean… These sharks lived for 25 million years, I'm sure they're environment shifted and moved with the continents.

Could they still exist? It's very, very doubtful they are still alive. I'm sure we would have found whales with Meg teeth in them, especially during the whaling boom of the 1800's. BUT it's possible they still exist in some form, the ocean is a very large place so I wouldn't rule it out completely. I'll just say this, we have more evidence for the existence of Megalodon than we do for Sasquatch. At least we know Megs lived at some point. We have never found a great ape species in the new world, not even in South or Central America.
Have at thee!
Posted by Brett at 8/11/2013 12:09:00 PM 4 comments:

Email ThisBlogThis!Share to TwitterShare to FacebookShare to Pinterest
Labels: geekdom, Idiots, News, Pure Awesomeness, Science, Stuff that bugs the shit out of me 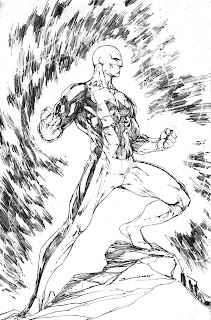 I keep forgetting to post this! Guardian from Alpha Flight! 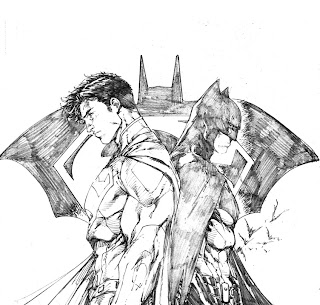 And my new twitter avatar for my new book! Yep, as of issue 5 I'll be alternating art duties on Batman/ Superman with Jae Lee! COOL! 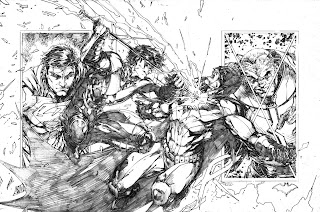 OK, got to get to work on tomorrow's Sketch Saturday!