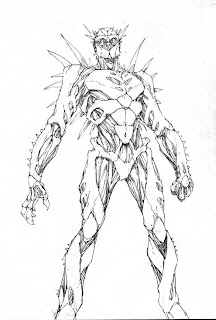 Most likely it will never be used, but at least I can post it here. In other news, the right wing has indeed lost it's mind! How dare a fictional character renounce his citizenship! Burn the books, burn them! I always thought of him a protector of humanity, I guess some Americans only think American's are humans? Of course he is technically an  illegal alien, so shouldn't they be demanding he leave? 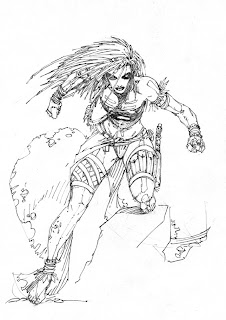 Today is that special day when the Lord of the Zombies was finally reawakened to rule his death cult;) I think that counts as blasphemy, right?! Anyways. I think I could get into that kind of thing if the priests looked more like this! Spookie! 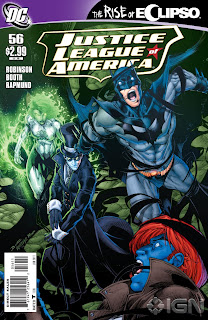 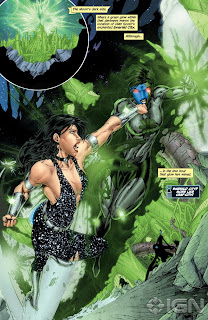 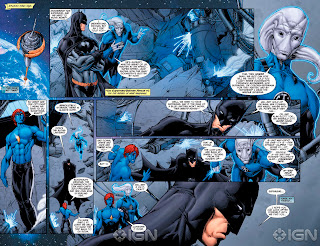 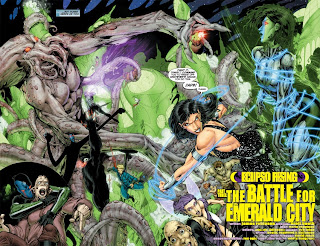 This Sunday, IRONY be thy name!

At least for this first one. A fantasy church service is being spat upon by another fantasy church service. I guess only some people are allowed to dress in funny clothes. It might actually make church fun, but we can't have that since we're too busy trying to force our religion down everyone's throat.

And here is a 'parody' of that Friday viral video. Why am I posting that? Because it's a parody about going to Church, what fun! Really I though this was just so bad it was good, so I'm not sure if they're serious or just having a laugh (the rap makes me think the latter.) I included all the comments and stuff because it really wasn't that bad. Some people can take anything to the extreme. I just listened to it again;D

And Finally I was sent this by Jerry, it's an Atheist 'Bible'. Not sure how I feel about this. I think taking bits from some great thinkers as a way of being exposed to some people you might never have heard of is great, as long as it's whole passages and not stuff that's simply quote mined to make a point. On the other hand, I don't like being told this is what every Atheist should read, since most of that kind of stuff bores the shit out of me. It's too dry and facty for my reading pleasure. I can't read Dawkins anymore for that reason. So to sum up, I have no idea if this is a good idea or not, so eh.

Sorry about last week, our generator died and could not be resurrected, even after three days;) And Jess dies a little inside when she can't have the computer all the time so I let her have it while I worked. Do I go to the special hell for that, working on Sunday?

Another World of Flashpont Cover! 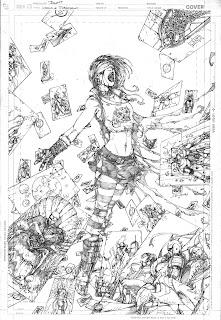 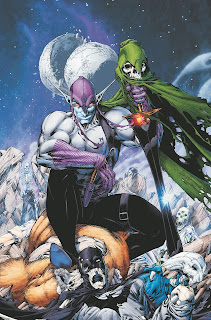 JUSTICE LEAGUE OF AMERICA #59
Written by JAMES ROBINSON
Art by BERNARD CHANG
Cover by BRETT BOOTH and NORM RAPMUND
1:10 Variant cover by DAVID MACK
Eclipso is triumphant! He has defeated the world’s greatest heroes, destroyed the moon and spit in the face of the greatest forces the universe. But one JLAer still stands. Can she make things right?
Retailers please note: This issue will ship with two covers. Please see the Previews Order Form for more information.
On sale JULY 20 • 32 pg, FC, $2.99 US • RATED T
Posted by Brett at 4/14/2011 07:14:00 PM 4 comments: 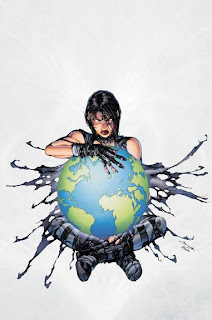 This Sunday is Unforgivable!

So I came across this term yesterday, 'unforgivable sin' (I was looking up unicorns in the bible!) I was kind of curious since I'd never heard this before. Turns out there are sins that can never be forgiven ( of course now that I think of it isn't suicide one of these?) Here's what wiki has to say:
Eternal sins or unforgivable sins or unpardonable sins, are a concept in Christian theology of sins which cannot or will not be forgiven, whereby salvation becomes impossible. It has its origin in several biblical passages.
Although the Bible doesn’t employ the term “unpardonable sin”, there is one sin frequently considered “eternal” and that is the blasphemy against the Holy Spirit; however this phrase is rarely taken to have its literal meaning. Some sins that are frequently considered eternal include deliberate rejection of the mercy of God, and ascribing the work of the Holy Spirit to the Devil.

I guess that tosses freedom of expression out the window! And some bible passages:
Ok, so it looks like I could never get off for my many, many offenses, both on the blog and in person. But wait a sec, "however this phrase is rarely taken to have its literal meaning." What the hell does that mean? I'm thinking it means we don't actually enforce it, ie; we'll still give you all the lip service and let you sit in our special places and we'll even be nice enough to take your 10% 'donations' as well. We just won't really tell you it won't help, you're still screwed.
Of course the Catholics get around this by saying:
However, the Church further believes there is no offence, however serious, that cannot be taken away by Baptism, or absolved from in the Confessional—that no one, however wicked and guilty, may not confidently hope for forgiveness. Note that while Our Lord did declare blasphemy against the Holy Spirit unforgivable, He did not except it from the sins that may be forgiven by Baptism and Penance (Mt 16,19; Mt 18,18; Joh 20,23). St. Thomas explains that its unforgivability means that it removes the entrance itself to these means of salvation—however, it cannot hinder Almighty and Merciful God to take away this obstacle by sort of a miracle.[6] This is affirmed by the Catechism which says that Christ desires “the gates of forgiveness should always be open to anyone who turns away from sin.”[7] The Sacraments of Baptism and Penance, notably, take away any sin if received.
The Eastern Orthodox churches essentially hold the same principles in regards to this doctrine.
I guess, the bible IS open to interpretation after all... But if baptism takes away ANY sin, then John Paul the BAPTIST was taking it away before Jesus was nailed to those sticks... So what was the point of that then? Don't you just LOVE religion? Now that's some logic and reason!
I seem to be talking about sin a lot lately, sorry unfortunately it is the cornerstone of most religions and they love to go on and on about it.
Best!
Brett
Posted by Brett at 4/03/2011 09:57:00 AM 20 comments:

Email ThisBlogThis!Share to TwitterShare to FacebookShare to Pinterest
Labels: Crap from Brett, News, Religion, Stuff that bugs the shit out of me, Sunday Blasphemy

I will admit that the first trailer for this was... bad. But this looks like a whole mess of fun!

This was just fricken great!

Sorry I don't have anything new to post image wise. I'm working on some new character designs and JLA 57 right now, but I can't show you that stuff yet:(

So it looks like I got the first 14 pages. Page 9 was sold, in fact I had 3 people in line for it. SO if you're interested email me at brett booth at gmail dot com or click the link in my profile;)