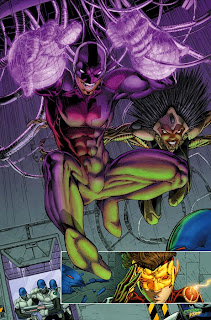 Over on ComicVine, some leaked Teen Titans pages have appeared from issue7. They asked Scott about it, it's a complete mystery! Nudge, nudge, wink, wink, say no more!

It also appears that my best buddy in the whole wide world is commenting! Mbecks14! I'm like 99.999% sure that's my Green Arrow superfan! 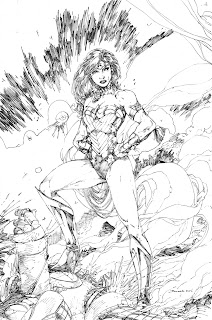 I still say she needs pants! It gets cold flying around!

Some more with Dara Ó Briain, this time about science!

And remember, everytime you see a rainbow, it means god won't kill everything on the planet, including helpless animals, children and the elderly... AGAIN. That better Steve, LESS offensive? 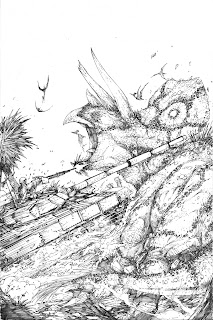 My tenure of being the cover artist on G. I. is over. Creative differences and all that. I figured it would happen since the general public knows little about dinosaurs. Oh, well. Not to worry, there are lots more dinosaurs in TT 10 and 11;) And this time, no bloody tanks!

Email ThisBlogThis!Share to TwitterShare to FacebookShare to Pinterest
Labels: Art, Comics, Crap from Brett Comics News, Dinosaurs, geekdom, News, Stuff that bugs the shit out of me

This Sunday: DOUBLE RAINBOW has a whole new meaning! 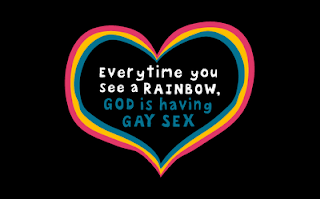 Pulled from here..... hehehe! If you love this, and really WHO wouldn't, you can buy it in t-shirt form from a bunch of places. Just punch in saying. We see double and tripple rainbows all the time in the rainy season, AWE YEAH! You go Yahweh! 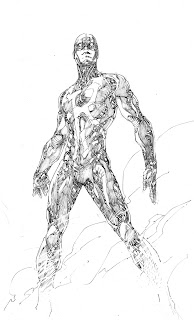 I'm a bit burned out right now. This issue of TT is really hitting me hard. So I took a little break last night. And updated a character I created for a creative writing project in high school, The Renegade. I can't remember the story... I THINK, it had a vampire as the bad guy... or that was something else... Anyways, I did up a 16 pg story, penciled and inked it. I even sold a few copies of it. Some other character I created in high school and have actually seen print? Alea and Brawl from Wildcore. Now you know, and knowing is half the battle! 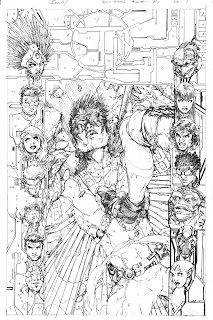 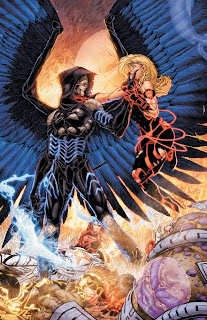 This is the cover to TT9. Complete with some Legion Lost guys and the big bad in charge of NOWHERE, Harvest (he's Dark Harvest in my plot so I'm not sure which they are going with.)

So who wants to complain about the design? 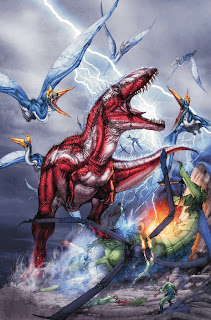 Cover Andrew Dalhouse and I did for G.I. Combat. The big read dino is a Torvosaurus, no they didn't get that big but it's a comic book;P Will I be doing more dinosaurs at DC? You betcha! 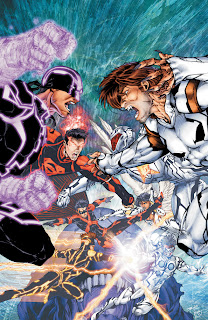 Teen Titans Annual #1! So a few weeks ago, I was asked to do this. It's the official starting point for the Legion Lost/Teen Titans/Superboy crossover. Its not a small undertaking, but I'm a fan of the old annuals that gave you a top notch story and art so I agreed. I'm hoping all the characters I have to draw don't kill me, cause there are a ton. Some are new, some are old favorites returning.

More on it here!

Funny as hell! Found via here!

Also, Muslims have declared a Jihad on dogs.... this is the kind of thinking religion leads to. So why would I sign up for that?!?!?!

I missed last week so 2 this week!

Email ThisBlogThis!Share to TwitterShare to FacebookShare to Pinterest
Labels: Crap from Brett, Idiots, News, Pure Awesomeness, Religion, Stuff that bugs the shit out of me, Sunday Blasphemy, War on Science

This is about something M.O.R. and I were talking about last time. Blasphemy Laws. Specifically hate speech. I guess the Irish government is looking into some 'hate speech' given by a Bishop in a Catholic Church.  So what do you think? Personally that isn't hate speech, but the whole idea of it makes me sick. And it's just as bad as religion controlling how you speek and think (no cussing.) Just think of the lawsuits and lunacy of that stuff ever got adopted here in the US, and those weren't even offensive!

As for the blasphemy this week! Football is dumb! And it does make people stupid! Or at least prevents people from learning. Look at all those people who will be sittin gon there butts watching a game that has become so slow it rivals baseball for bordom. Read a book! Play on wiki, do something that will keep you from absorbing your own brain cells!

I kind of kid, I think playing sports can be great fun... watching them on the other hand... gah!

Email ThisBlogThis!Share to TwitterShare to FacebookShare to Pinterest
Labels: Crap from Brett, News, Religion, Stuff that bugs the shit out of me, Sunday Blasphemy
Newer Posts Older Posts Home
Subscribe to: Posts (Atom)