This Sunday, go read this! 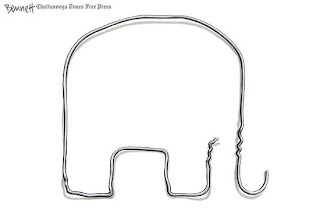 Jerry Coyne has it as "The Republicans platform in one image." I wasn't sure I agreed with that and then I thought about it and well it really is the only thing the Republicans have actually made clear, Mitt and Ryan keep dodging all the other issues... Oh this and Obama's a bad president I guess... Idiots.

Email ThisBlogThis!Share to TwitterShare to FacebookShare to Pinterest
Labels: Crap from Brett, News, Pure Awesomeness, Religion, Stuff that bugs the shit out of me, Sunday Blasphemy 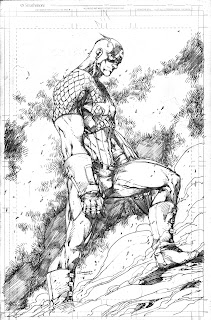 Captain America! Not sure if I got the costume right, he seems to have 3 different ones now....

This Sunday, was 'God' a child and them crazy Mormons! 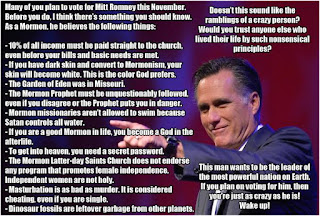 And this doesn't even mention the magic underwear;) And you're supposed to respect this? You're supposed ignore this insane BS and just sit quietly and not say anything? Do you see how crazy this is?

How you see Mitt right now is how I see all religion. I love the mythology behind it, but the faith people put into it without evidence? They remind me of that woman in the commercial for the car insurance. The one where 'They can't put anything on the internet that isn't true."

I also came across this... Was Yahweh child god? Interesting stuff, if true, it's a good place to start looking for a Yahweh's origins. I do love the part about Baal being his main nemesis in the Torah, yet Baal texts NEVER mention him. In this context it makes crazy shit he does in the bible a bit easier to understand. Doesn't change anything just explains a few actions.

OK, back to the grind for me, after this DPS 8 pages left of TT. 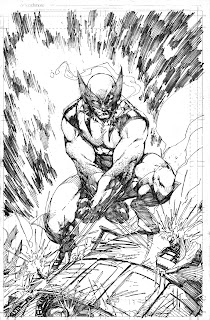 Wolverine was the first superhero I started drawing, he was the reason I draw them today. It's been 10 years or so since I've drawn him, but I still remember how. I did have to do a quite google for the robot;) 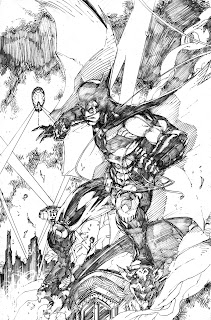 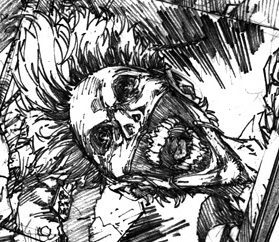 And a Joker tease from issue 16. 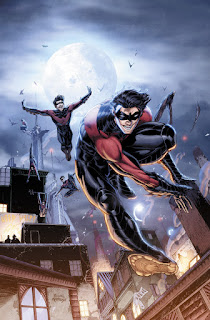 Andrew Dalhouse is at the NYCC this weekend, table I-8 with PRINTS!!!! These are 2 of them, I believe he also  has a Flash and Kid Flash as well! Why aren't you buying them yet?!?! GO!

I'm gonna have to get one of those fancy banner things if I go to any more shows, SO COOL! 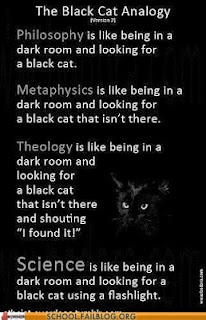 For you're viewing pleasure. Sums up my thought on Theologians quite well.

And then there is this gem about some REALLY stupid cheerleaders (I know, surprising!);P This actually bring up something that has happened to me on twitter a few times. Religious people claiming their right are being violated because they CAN'T put God in government. I was told gay marriage violated Christian rights! That's right. People doen't seem to understand that THEIR rights end when it comes to another person. This is why you don't see Atheists trying to pass laws that would ban people teaching their kids Christianity/any other religion or sending them to Christian Schools. We understand this is a secular country and even though we don't agree with these things it's your right to do them. So why can't the religious get this? Is it their over inflated persecution complex? A mind numbingly poor understanding of US history? Or is this more of their 'if we say it enough it will become true' trope?

I'll make it easy for you, YOU have certain freedoms, freedom of speech (except for yelling fire in a theater.) You have a right to practice WHATEVER religion you want, or a right to practice NONE. BUT, you don't have the right to inflict your religions ideas on other who don't want them. THIS is why all these stupid gay marriage bans are tossed by the courts, they violate another persons rights, their right to NOT practice your stupid ass bigotry laden religion. Because lets be honest, it's not because your book says this, it's because YOU have a problem with it. You're just using your book to hide behind. Their gay marriage does not effect you AT ALL.

Again, there is no evidence for ANY religion, so why should others be FORCED to follow something that is blatantly false? Yes, the US has a democratic voting process, but we are a republic. That means the many CAN'T vote away the fews rights. EVERYONE IS EQUAL, deal with it and move the hell on. The same goes for the animal rights jackasses who keep trying to take away our right to proteins that humans need to survive. Humans have been eating mostly meats for almost 2 million years. We have evolved to NEED them. If you don't like it, don't eat them, bitch all you want try to make me feel bad, I'll simply ignore you. I WILL not try to force YOU to eat meat like you are trying to force me to eat those twigs and berries I can't stomach.

That's all for this week

Email ThisBlogThis!Share to TwitterShare to FacebookShare to Pinterest
Labels: Crap from Brett, Pure Awesomeness, Religion, Stuff that bugs the shit out of me, Stupid crap, Sunday Blasphemy 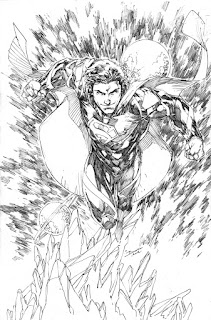 In a cool new outfit from Superman 0. Not sure what the deal is with it, permanent? Hopefully! 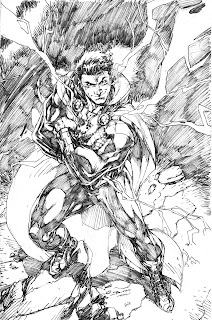 And then SHAZAM! in his new diggs!