This Sunday... fuck I hate people.

Just read this, about a bunch of religious zealot Muslims trying to burn a mentally handicapped girl for POSSIBLY burning a page from the Koran.

I have no words other than religion makes people fucking stupid. You take otherwise rational people tell them someone has 'hurt' their imaginary god or 'holy' book and they fucking flip out.... They are trying to KILL people!!! OVER a book?!?!?!?! We're only slightly better in the US, but people who burn bibles and the like do get death threats. We're just lucky the majority of the US is pretty darn lazy;P

Honestly I'm almost to the point of buying all the bibles and other holy texts at the book store and having a big old bon fire, just for the fun of it. Unfortunately there's a drought (although we've had a good bit of rain this year.) so I'm not sure if the burn ban is still in effect.

If your book is SOOOO damn important that it demands that you KILL people so it doesn't get damaged then maybe YOUR GOD should take care of that personally. After all these are HIS words right? Funny how he never seems to say anything or do anything about it.

Email ThisBlogThis!Share to TwitterShare to FacebookShare to Pinterest
Labels: Crap from Brett, Idiots, Religion, Stuff that bugs the shit out of me, Stupid crap, Sunday Blasphemy 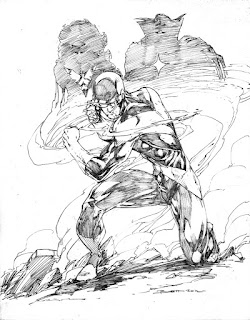 Was feeling nostalgic! All from memory! GO X-Factor! 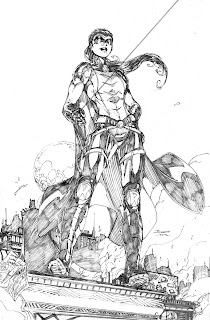 I've been a bit busy these last few weeks, things are afoot at DC with this Joker thing. I've started on TT 15 (which is part of the whole Joker story.) So I'm deeply immersed in Gotham City right now:)

Anyways this was this weeks Sketch Saturday, Earth 2 Robin! 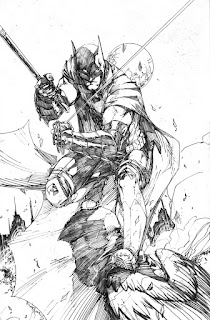 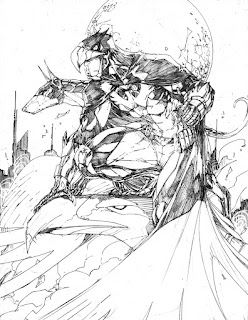 And this was me messing around! It's the Blue Falcon and Dyno Mutt. Blue Falcon was one of my favorite cartoon characters as a child, along with Space Ghost!

Also, I did a 4 page backup for Red Hood 0, so don't forget to pick that up! It's Jokerific!

I have a few comments I need to read as well, just so busy! 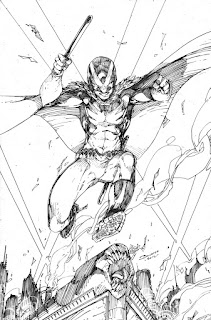 I'm guessing it's a temp costume for Damian, he's been grounded from being Robin in Batman Inc. Kinda fun thou.. a bit simple but he is just a kid:) It has not been sold and is now up for grabs to anyone. 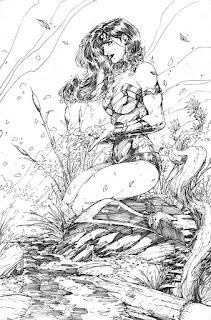 And a Wonder Woman I did for the Aurora Rise Benefit. Go! BID! WIN! And help out a good cause:)

This Sunday, how about some outside persepctive?

Tis the election season once again. Where the poor white Americans can once again vote against there best interests and even against their very religion. You see, all the crap that the GOP and the Religious leaders keep peddling is only hurting those poor white people (among other things! I'm sorry I'm focusing on the whites, but the other ethnic groups seem to get that the GOP doesn't like them! Kudos!) These rich people care not what YOU need, they care only about keeping THEIR money. Job creators my ass.

Your own loving God, Jesus, was all about the poor, all about helping them, NOT judging them and indeed he told the rich to give away their money to HELP the poor. (I just want to say that I'm not against rich people, but do they really need all that stuff? Can they not pay a bit more to help others who have little to nothing? Help them so they to can get well and stay healthy?) So why are you voting for the group that has consistently voted against you? Refuses to help you because it might cost them a bit of money so they can't buy that third house... they have completely let you down. How did this happen?

Not anything from the Bible in this case, but from the rich preachers of that book. The ones who are supposed to lead people to that god, but only seem to take money from those who really need it. You see they are using you, they have brain washed you, programed you, with faith. So now, when they tell you things like, who to vote for, you do it. You don't think, you don't question you simply follow their orders. If they tell you to vote against your best interest you do it, with gusto! With signs and religious ferver! God hates fags! Abortion is murder! Gutter is a tool!

Now I' not exactly happy with the status quo at the moment. But he at least seem to have the country's best interests at heart (he was stupid and DIDN'T force some things through when he had the chance.) The other guy? He's almost as bad as Will Ferral in that new movie... its quite clear what his fancy education and station got him...  complete ignorance of the 99%. It's almost like he's playing a part like Stephen Colbert but the scary thing is, he's not!

Sorry I sort of got off track, I'm still reeling from the insanity of this Chick-Fil-A thing. I'm worried, that these sheeple, are going to just go an vote for whoever there religious leader tells them to, instead of looking at the facts and realizing they are only hurting themselves. That's the legacy of religion, the legacy of ignorance.

And this is for Chris Hall. It's about all those poor employees of the fast food place mentioned above.

Email ThisBlogThis!Share to TwitterShare to FacebookShare to Pinterest
Labels: Crap from Brett, News, Stuff that bugs the shit out of me, Sunday Blasphemy
Newer Posts Older Posts Home
Subscribe to: Posts (Atom)