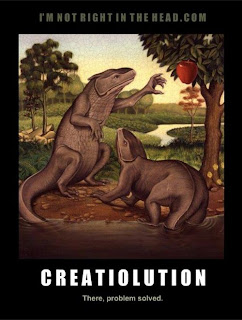 Pharyngula posted this amusing illustration this week, very funny! But what's really cool is the arrival of a new feathered dinosaur called Xiaotingia.

Now what's cool about Xiaotingia is that when placed into a cladistic matrix it groups together with Archeopteryx, what was considered the first bird awhile ago (and for awhile the only bird before the end of the Cretaceous.) BUT grouping them together pushes both of them OUT of the bird group and into the 'raptor' group of dinosaurs. So it turns out the great conundrum of paleontology has been solved! We now know Archeopteryx is a dinosaur, not a bird, something that was predicted in the early 80's by the great Gregory S. Paul. Paul, using our knowledge of evolution, made a prediction that later turned out to be true, SCIENCE WIN!

So are you asking yourself why is this in a Sunday Blasphemy post and NOT you dinosaur blog? Well, it turns out that the Creationists seem to think that this invalidates evolution! Ignore the fact that Archeopteryx has been considered a sister taxon to birds for quite a number of years, because science changed to fit the evidence that makes it false to the Creationists... My head it hurting just trying to attempt the mental gymnastics... Science is self correcting, when new evidence turns up and is proven to be true, we have to re-evaluate and incorporate that new knowledge into current thinking, something creationists refuse to do. We know the earth isn't 6,000 years old, we have trees older than that. We have evidence that Egypt was already a great city WITH writing about 100-180 years AFTER creation... I'm not sure if that would be possible to go from basically nothing to a fully civilized nation that fast...  Adam and Eve would still be alive if you go by Creation science! Some other new thinking, is that the Big Bang wasn't the 'beginning' of the universe, it's just the last point we can go back to because the explosion obscures everything before it! Science Channel has some good shows on Wednesday!

And finally, we have this great webpage about God destroying the dinosaurs! It's a bit old, 1995, but since Creation science hasn't actually done anything except repeat verses from a 2,000 year old book this would be very modern thinking indeed! Enjoy as I did!


A few more tidbits to look over:


Taking down some IDiocy!

Why a crazy sect of Jews thinks it's OK to kill babies. Relax they used to do it all the time, Old Testament style!

And you may have noticed I haven't commented on the Norwegian  Nut, I'm still not really sure if that was religiously motivated or rightwingish, or just plain crazy. It seems xenophobic so since I can't make up my mind I'm not going to play the blame game, Fox News can do that;) (Sarcastic yes?!)

Listen Up Fanboys and Girls.

If I get anymore annoying emails about this and that, I will stop posting any DC related art, news or whatnot. My email is for work, art sales and my friends, not for listening to whatever you've decided to bitch about today.

Learn some manners, emailing people out of blue to bitch is childish and I will not be nice about it. Do it again and I will publicly post it along with a tirade. 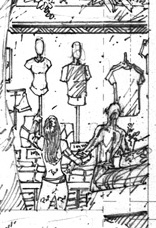 A few weeks ago I made a comment about drawing Wally and Donna in issue 2, along with a winking smiley face like this;)

Apparently some people took this as a confirmation that Wally and Donna are in the new DCU....even though I said that wasn't the whole truth inthe comments... Grrrr. This was a JOKE! Issue 2 takes place right before Halloween so there are lots of people in costumes running around. But DC is worried you might think this actually IS Wally and Donna so I had to change it... (Just so you know, Donna is about the same size as Wally so that's clearly not Donna.) Catwoman, Superman and a very hairy Batgirl are also on the same page. So, thanks for jumping the gun! I know you guys are starved for info, but it's only a few months away all (or some) will be explained;) <----- See, not serious right there.

You have NO idea how much I really want to mess with everyone right now. But I'm trying to be good. If I say something that isn't clear or MIGHT be a joke, ask me for confirmation. 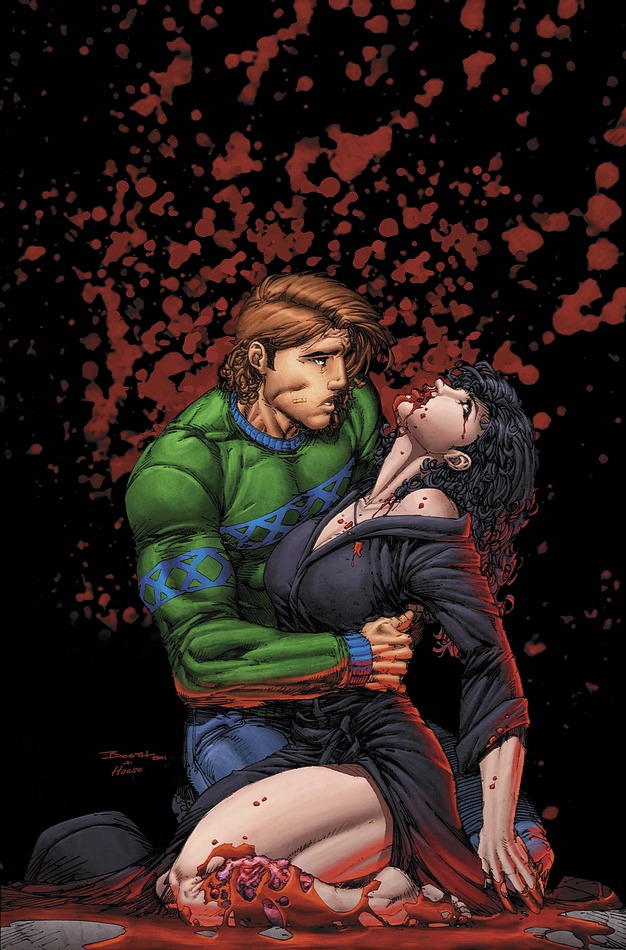 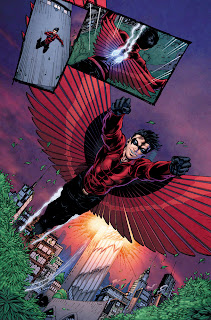 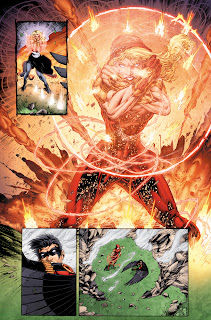 Enjoy! Robin's 'wings' in the first image are the original draft before we switched them to tone down the red (bad art joke!) Of course the pages that were chosen to be shown are the ones I'm not really happy with, but whatcha gonna do? Happy SDCC! 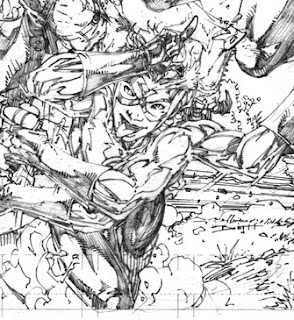 Just a bit from that pinup to quell the masses for a bit;)

Ok, so it's not the norm, but our modern view of aliens has been tainted by the religious view of humans being perfect, made in Gods image and the pinnacle of evolution. Here is a very interesting talk in blog form about wrong this would actually be, if you know, we could find some.

So how is this Blasphemy you ask...? Well the Jedi religion is a budding religion, so I thought I'd pick on them this week;) Weak, but they really are to easy a target, and I think Triumph the insult comic dog tore them up so bad on Conan they really can never recover, so we have to go easy on them;)

Email me as brettbooth at gmail dot com if you're interested. 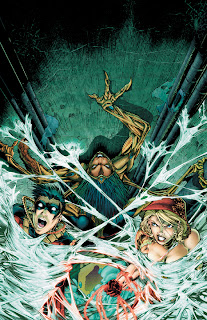 TEEN TITANS #2
Written by SCOTT LOBDELL
Art and cover by BRETT BOOTH and NORM RAPMUND
On sale OCTOBER 26 • 32 pg, FC, $2.99 US • RATED T
A strange creature haunts the streets of Los Angeles… and because of this creature’s age, both Red Robin and N.O.W.H.E.R.E. are racing to find her – but neither side is prepared for the horror known as Bugg!
Meanwhile, Superboy is on a collision course with the team, and Kid Flash plots his escape from N.O.W.H.E.R.E. with the most unexpected of allies!
It's a spooky issue! Here are the pencils as well:) Just finished the cover to 3 and that TT 100 pinup this week. Now I'm a few pages into issue 3. 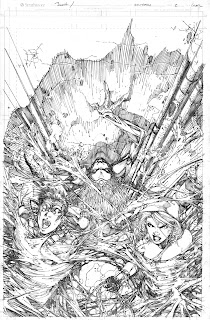 Well the local guys seem to be quite a bit better than the home office;) Got a brand new dish and modem:)

I will try to get to the comments in the morning!

Lost our home internet yesterday, the repair guy is supposed to be out in the next week or so (sucks to live out here sometimes!) So if I don't respond, that would be why.

This Sunday is a bit raunchy;)

A very funny and NSFW video of part of a Billy Connolly show. I do love this guy, he always makes me laugh. "Never trust people who only have one fucking book!" Awesome!

And then there is this. An actual scientist took the Creation 'science' and applied it to the Dinosaurs on Noah's Arc. Turns out that Creationist have proven evolution! Thanks, now can we please stop arguing  about it!