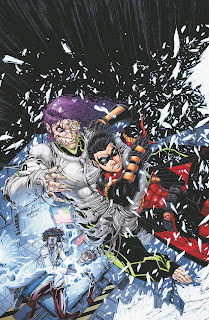 Oh and this looks awesome! Not as awesome as getting Changling (Beast Boy) but I'm loving your Robin design.

Never mind, I found the other covers, don't know why I forgot to save them to my hard drive Brett Booth folder.